With the opening of their new flagship Parkway Service Station in Limerick City, Valero Energy (Ireland) Limited, the company who markets fuel in Ireland under the Texaco brand, has put down a marker as to the standards that can be achieved with a service station development or re-development.

“In every aspect of its design and execution, Parkway is a flagship for the Texaco brand,” James Twohig said. “For any site owners coming to Valero to explore new opportunities and discuss future expansion plans, it is an illustration of the form and nature that Valero believes a modern Texaco service station should adopt in servicing the needs and expectations of a mobile population and those of a diverse and busy urban community,” Twohig added. 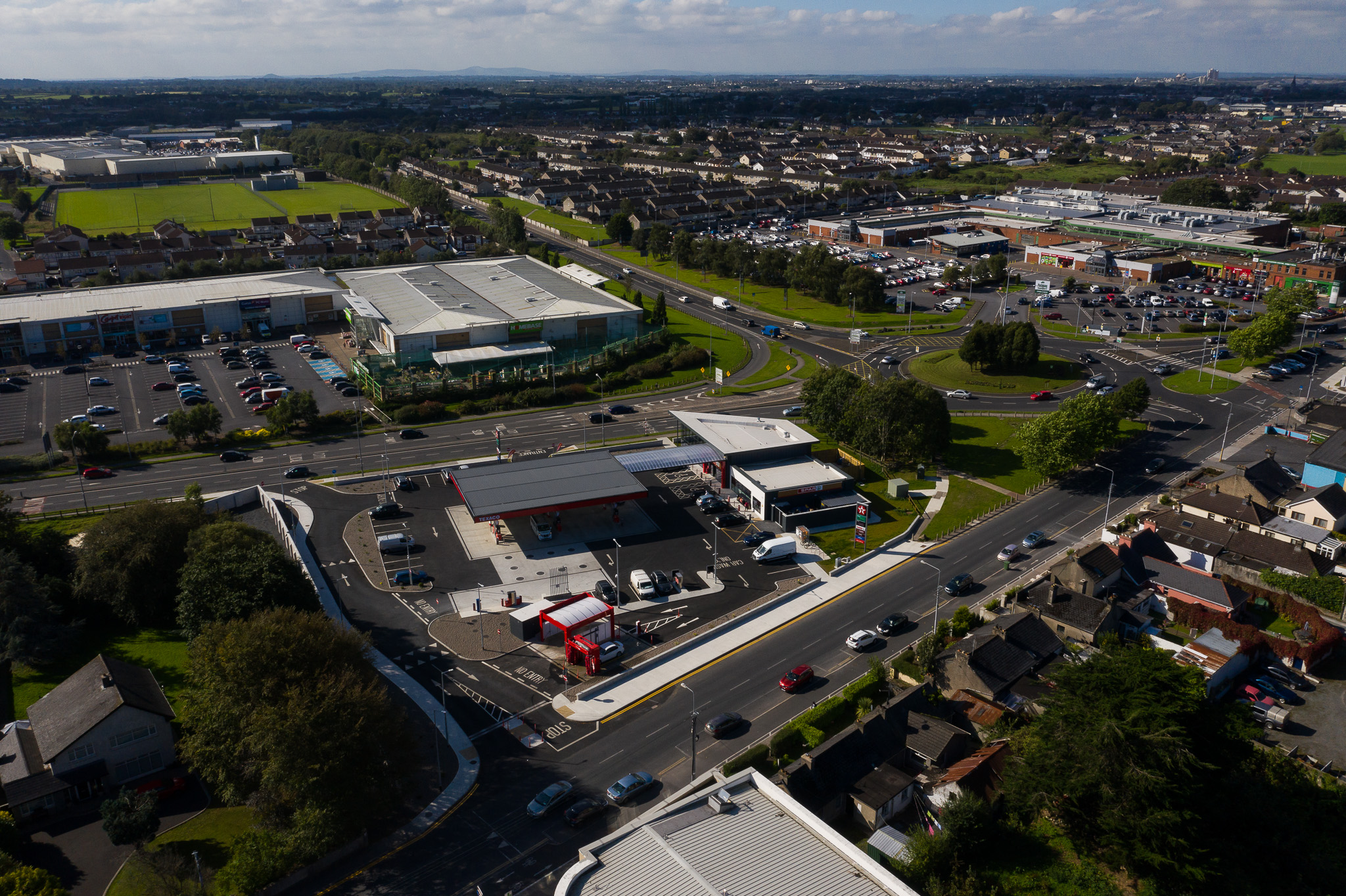 Occupying a high-profile position on the busy Dublin Road, Parkway is an open, easy-to-access and generously proportioned facility that has already become a magnet for many since welcoming its first customers only months ago.

In its overall concept, it is a model of 21st century service station design and is designed and equipped to service the needs of motorists and residents in Limerick and the Mid-West for generations to come.

From the air, its positioning within a suburban setting bordered by two busy roadways illustrates the care and sensitivity that went into its design and orientation. Fronted by an expansive Texaco branded canopy with the familiar Texaco Star logo, and attractively finished in familiar Texaco colours, its prominent location makes it a beckoning point by day and a brightly illuminated beacon by night.

Equipped with fast-fill pump islands that can refuel up to 12 vehicles with Texaco quality fuel at any one time, Parkway also welcomes trucks with an off-island pump point and AdBlue facility. Amongst its numerous other features is a latest-generation car wash and an adjacent car vacuum, tyre check and water fill facility.

Customers with a disability are fully catered for in a number of different ways, with dedicated car spaces, audio loop, dedicated toilets, a disability counter and pump assistance on request.

In addition, it has generous parking space for up to 40 cars, facilitating its 24-hours per day, 364-days a year operation. 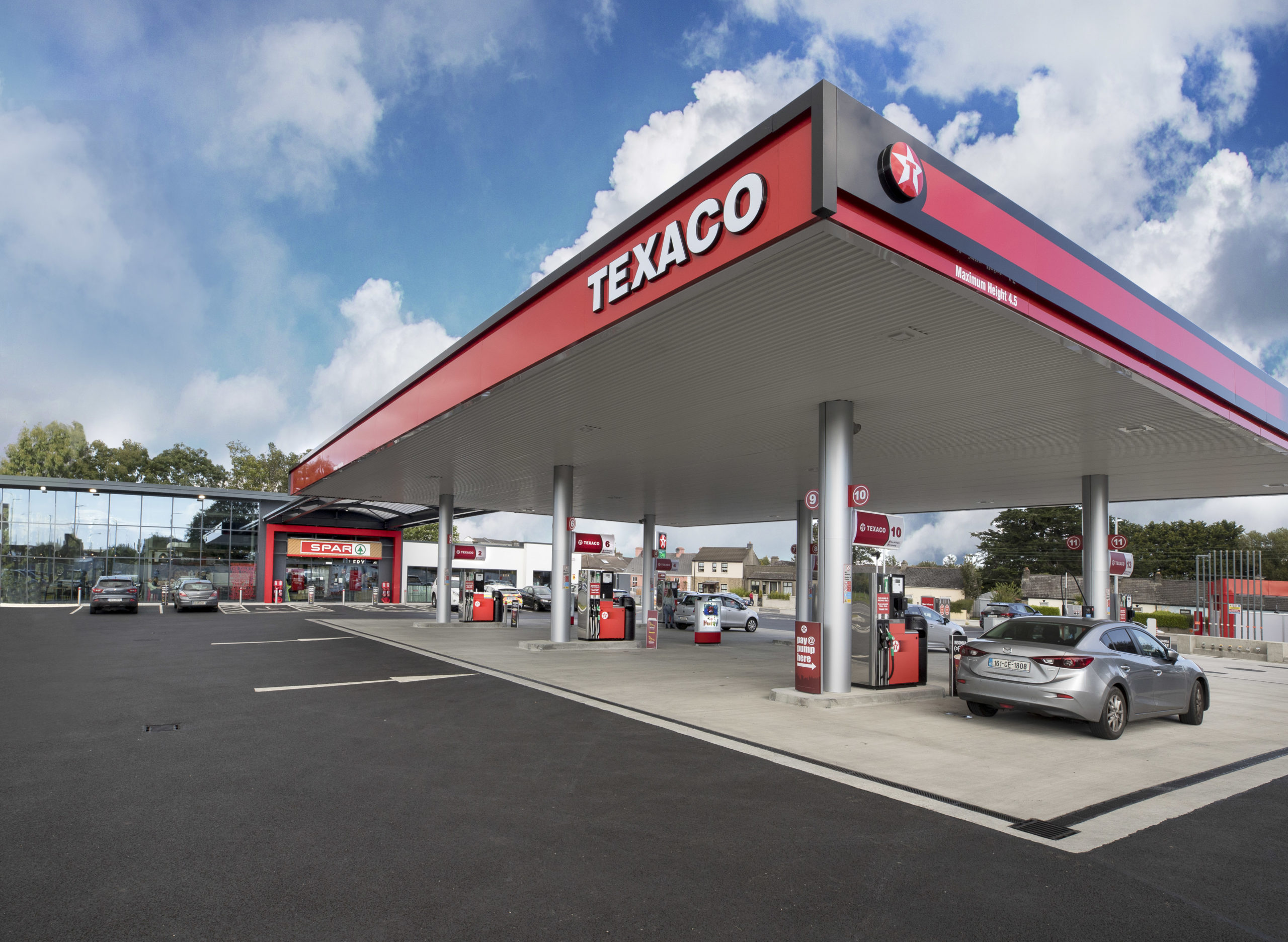 A core feature of the development is a latest-generation SPAR brand convenience store. Adding immeasurably to the appeal the development has for motorists, local residents and nearby office workers and university students alike, the new state-of-the-art store was designed and built to a plan adopted by SPAR in very recent times. As might be expected, its shelves are stocked with a comprehensive choice of food, bakery, confectionary, refreshments, newspapers, magazines, home fuels and household items. A focal point is a self-contained deli section serving hot and cold items and a 36-seat dining area with wi-fi and Insomnia-brand coffee service.

Mindful that consumer demand for fuel quality and consistency of supply are matters every service station owner must keep in focus, Valero can offer reassurance on these points. A unique selling proposition for the company is that it produces quality Texaco fuels at its own oil refinery near the Welsh port of Milford Haven, from where supplies are transported to Ireland and distributed for sale throughout the network.

From its head office in Listowel, the H2 Group employs in excess of 360 people, achieving its corporate goal by developing new sites and by improving underperforming retail forecourt operations, often remodelling and tailoring their shops to suit the particular community concerned. Established in 2004 with a mission to own and operate a network of award winning SPAR Convenience Stores and Service Stations in Ireland, the H2 Group operates 12 retail locations in counties Kerry, Tipperary, Kildare, Dublin, Offaly, Limerick and Cork – the majority under the Texaco brand – and continues to grow its network through site acquisitions and green field developments.

Parkway Service Station is the latest in a chain of outlets to come under the management of the forward-looking H2 Group whose managing director is amiable Kerryman, Sean Heaphy.

In his capacity as co-founder and managing director, Sean Heaphy has overall responsibility for the day-to-day management of the group. A qualified accountant with over 20 years’ experience in retail, accountancy, IT consultancy, e-procurement and e–solutions, Sean has completed client and contract work in a wide range of industry sectors and now has a proven track record in operating and developing service stations and maximizing sales and profit per site.

Born in the North Kerry village of Ballylongford, and from a family background in the retail trade,

Sean is the fourth generation to join the grocery business. A member of the National Council of SPAR Retailers, he is one of a representative body of 12 nominated retailers that works with BWG management on the development of group strategy and the implementation of group policies. He is also an executive member of the IPRA – the Independent Petrol Retailers Association in Ireland. Winner of numerous industry awards over the past 10 years, his H2 Group was recently announced winner of a Deloitte Best Managed Company Award. 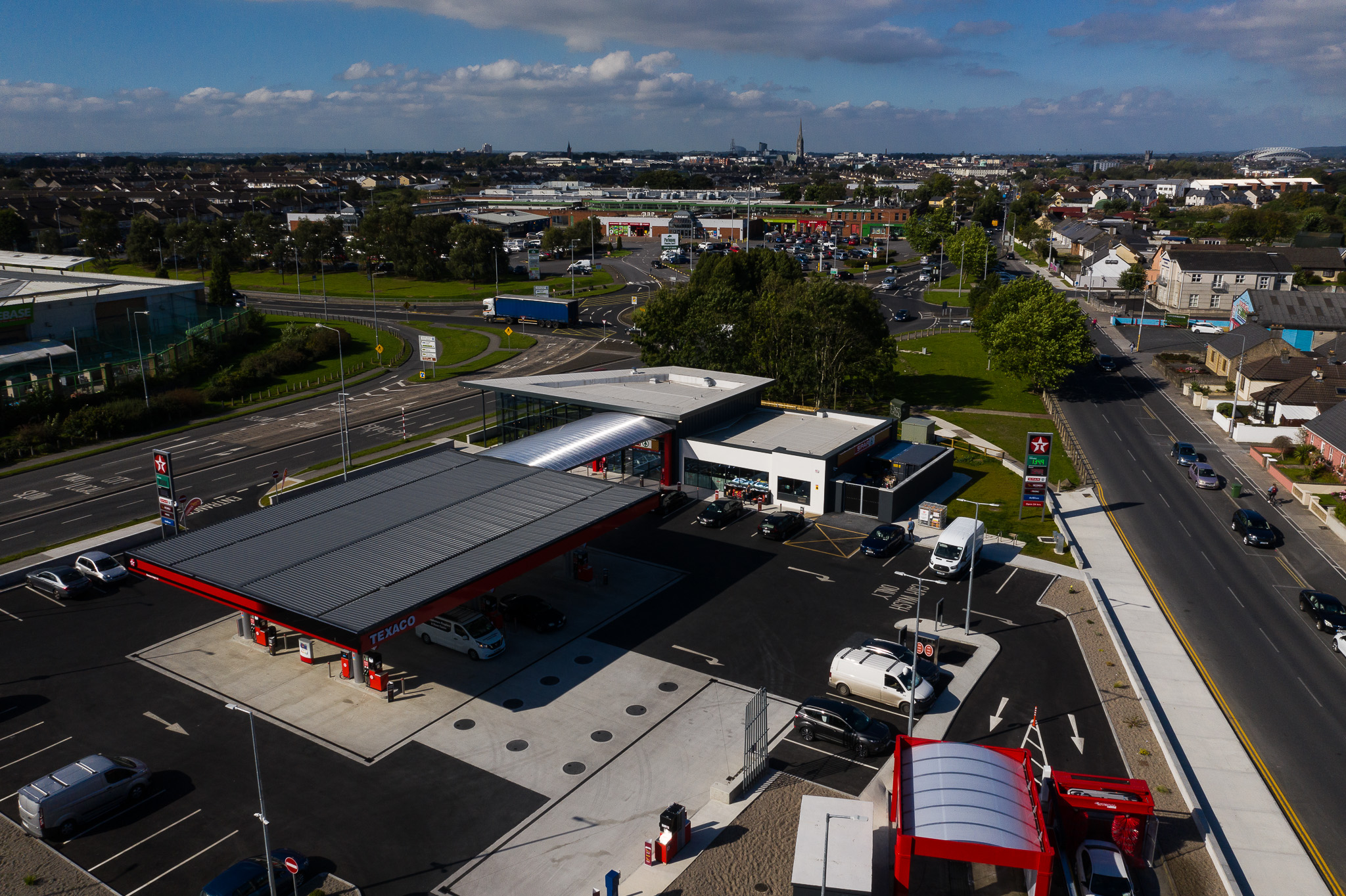 Delighted with the overall finish of the €3 million development which ‘was delivered on-time and on-budget’, Sean has special praise for forecourt specialists – builders Fahey Construction of Glanmire and designers J. A. Gorman of Mullingar – as well as the many specialists, landscapers and subcontractors from the wider Limerick area who worked on the project. Asked how his company’s name H2 came about, Sean explained that his partner in the business is a man from Mayo whose surname, Hoban also begins with the letter ‘H’. “For that reason it seemed natural to name our company H2,” he said.