One of the biggest global players in the industry, DCC operates nationally under the brand names Emo Oil and GreatGas. Offering a range of flexible business models, Emo Oil has 105 dealer sites across Ireland and is also the largest operator of unmanned forecourts, operating 16 under the GreatGas brand.

Speaking to Ireland’s Forecourt & Convenience Retailer, commercial director Jason Flannery remarks that “2017 was a particularly strong year for the company with the addition of 12 new dealers under the Emo brand. We have also seen growth in the independent market and have signed supply agreements with a number of independent forecourt operators looking to secure supply with a trusted distributor of quality fuels. ”

Jason added: “Our unmanned network has experienced significant growth with the recent addition of 5 new Great Gas Express 24/7 Forecourts in Portlaoise, Carlow, Bagenalstown, Limerick and the latest addition to the network which has opened in Letterkenny, Co Donegal in January. We have also seen the launch of our first Emo Express 24/7 branded forecourt which opened for business in November 2017 at Belfast International Airport. The unmanned model is proving very popular with customers and with many more projects in the pipeline the future looks bright for the fastest growing model within our business.”

“We don’t shout about having low fuel prices,” said Jason. “One of our objectives over the coming year is to raise more price awareness and really get the message out there that we always aim to offer the best priced fuel at every site.

“All of our Retail offerings have benefited from our Fuelcard business in 2017 as our network has one of the largest suite of fuel cards accepted in the market,” he added.

When IF&CR asked Jason why he thought the Emo Oil/GreatGas offering is so successful, he remarked that “in addition to offering low price fuels, Emo Oil offers flexibility to dealers enabling them to choose from a range of models to suit their individual requirements. Emo’s dealer model (DODO) is especially popular as it enables dealers to choose from Schedule less Rebate or Platts Plus pricing, each generating a tailored investment plan depending on the actual dealer’s needs.

“Being a true energy company, Emo Oil can also offer dealers an alternative model, (DOCO), whereby the company owns the stock and the dealer becomes an Agent of the company for fuel retailing, while at the same time continuing to operate the rest of the business as normal. Jason said: “With a number already in operation and more in the pipeline, there is a growing interest in this hybrid offering as it leaves the management of fuel stocks, retail pricing and ROM 1 reporting with the company.  The new Emo brand is attractive and has been well received by our customers.”

The unmanned forecourt business is a concept that DCC is continuing to roll out across Ireland under the GreatGas brand. Succeeding on the back of new technologies, Jason finds that this is a popular option for those wishing to source extra revenue from their forecourt or spare land.

“We have found that it can be a successful venture for those who simply want to refocus on the non-fuel end of their business or who want to retire and set themselves up with a steady income.”

“Our plan is to add six more unmanned sites to our network in 2018,” said Jason. “We are well on track to exceed this and are always open to suggestions from dealers, both those with a working filling station, and those with a site that could house a forecourt.”

Along with expanding their second dealer model (DOCO) in 2018, Emo Oil plans to add value to existing sites and have established a nationwide partnering arrangement with select provider of laundry, car wash, and coffee services which we aim to roll out in the coming financial year.

Growing the Emo Dealer Network, (DODO), is also high on the list of priorities and Jason believes that offering customers the benefit of clear and transparent Platts pricing means that dealers can enter into a supply agreement with Emo in the knowledge they have entered into a fixed price contract that will only be influenced by market changes.

“We will continue to grow our Fuelcard business as a strong fuelcard network will bring further benefit to our Dealer and Unmanned customers,” said Jason. “We are a true energy company and we put our customers first. We offer the right fuel, at the right price with a convenient and flexible retail model and for me that makes us the best in the business,” he concluded. 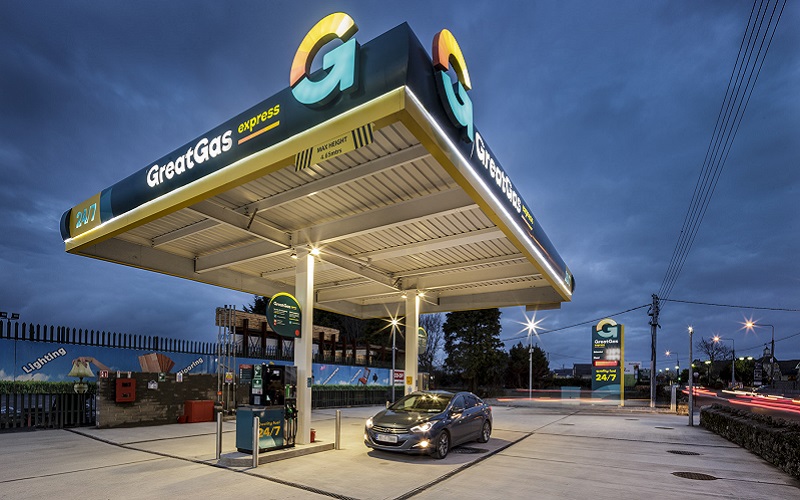 I switched to Emo Oil 12 months ago and the new branding is vibrant, and has changed the image of the site driving more value. Emo Oil is a pleasure to work with and I have had a very positive experience from ordering fuel, to credit control and building a relationship with the team.

We are very impressed with the logo and look of our Emo site and since switching to Emo in June 2017, the site has been much busier with customers responding really well to the branding. We have another Emo Oil site in Killenaule, Co. Tipperary which is also a DCI site, and has received fantastic feedback from our customers under the Emo brand.