E10 fuel – what are the challenges faced by forecourt retailers and how can they prepare for the switch?

E10 fuel is already widely used across Europe, and from September 2021, will be introduced to petrol forecourts across the UK. This low carbon ethanol and petrol mix could be on the horizon for the Republic’s retailers too – last year, Fuels for Ireland urged the government to also make the switch from E5 to E10 in order to support ambitious plans for the fuel industry to become carbon neutral by 2050.

Switching from E5 to E10

Currently, the majority of vehicles are served by unleaded petrol, known as E5 due to its composition of 5% ethanol and 95% petrol. An increase of ethanol from a 5% to a 10% mix, could help support a diversified approach to fuelling the transport industry. Fuel for Ireland estimates switching to E10 would cut annual CO2 emissions by 90,000 tonnes. In the UK, the same switch is expected to cut emissions by 750,000 tonnes – equivalent to taking 350,000 cars off the road.

What are the challenges that petrol retailers and forecourts could face in relation to E10, and how might they get out in front?

What will the impact of E10 be on forecourt infrastructure – specifically the need for an entirely “dry” site since the higher ethanol mix will enable the fuel to absorb more water, causing phase separation?

What about the importance of managing and preventing fuel leaks and how will E10 impact existing methods? If leaks occur, they result in extensive environmental damage and large fines from the Environment Agency.

What are the storage solutions in relation to E10, including improved wet stock management, data reporting, and the upgrading of systems and installing new equipment to better serve and protect forecourt retailers?

IFCR seeks out the answers from Dan Gibson, Wetstock Manager at Suresite.

E10 on the horizon for UK and Ireland: how forecourts can prepare for the switch

“The majority of vehicles in the UK and the Republic of Ireland are currently served by a 5% ethanol mix as the standard unleaded grade (E5). Plans to increase to 10% (E10) will support a much-needed diversified approach to fueling in both countries. The introduction of E10 is predicted to cut UK emissions by as much as 750,000 tonnes; Fuels for Ireland has also called for E10 to be introduced, with an emissions cut of 90,000 tonnes expected.”

The increased ethanol content in fuel, and the need to potentially provide a fourth grade at pump will create the following three key challenges, explained Dan. Here’s how UK and Ireland forecourts can get out in front of them.

Ethanol will absorb water – so keep the forecourt “dry”

“A higher ethanol content in fuel increases the potential for water absorption, which can lead to extensive damage to forecourt’s fuel storage systems – in particular filters, pipe fittings and tank linings. Water ingress can also result in bacteria growth, which could contaminate customers’ vehicles. Even just this small ethanol increase, from 5% to 10%, will mean operators need to ensure their forecourt is as “dry” as possible.

“When it comes to water absorption, forecourts will need to be on top of the problem in minutes. Real-time monitoring of fuel sales, deliveries and tank levels by a wetstock management provider can help operators to identify issues quickly and efficiently, using anomalies in the wetstock data to pick up on potential problems. By combining the expertise of wetstock management providers with that of forecourt engineers (who can replace faulty gaskets or valves), operators can make informed decisions about what needs repair and when.”

Higher ethanol content can increase the chances of a fuel leak

“A fuel leak is a potentially catastrophic event and is punishable by large fines; preventing and mitigating leaks will not be a new concern for forecourt operators. The problem instead is worsened by E10 – as a hygroscopic compound, ethanol can increase the chances of a fuel leak at the forecourt. For example, a tank lining repaired with fibreglass could break down as a result of prolonged contact with ethanol, and a damaged lining could cause a leak.

“Damage such as this won’t be immediately obvious, since changes will take place over time. This is where wetstock management is again invaluable – by gathering real-time analysis now, operators can begin to get to know their site inside and out, which will help them to identify any problems later down the line. A slow pump rate could be indicative of a much bigger problem – such as a leak.

“Operators will also need to work closely with forecourt engineers to replace materials within the overall tank storage system that will not be compatible with a higher ethanol content. Engineers can also advise on the necessary maintenance strategies which sites will need to have in place with E10 specifically in mind.” 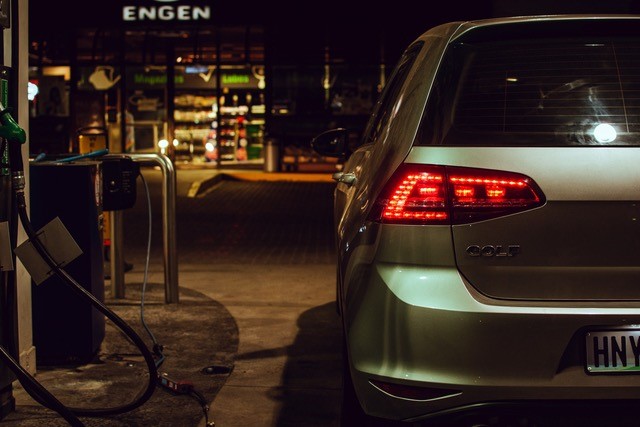 “Certain vehicles (those manufactured before 2002) and classic cars will not be compatible with E10, due to its higher ethanol content. Drivers of these vehicles are instead being advised to continue purchasing E5 at the pump, which will still be available as the premium unleaded grade. Forecourts, if they can, may wish to sell both E5 and E10 grades in order to cater for as many customers as possible, but adapting sites for a fourth fuel grade won’t be easy” explained Dan.

“Most sites will need to be taken out of action in order for significant adaptations to be made. For those forecourts with limited tankage, the best option might simply be to add an above-ground storage tank, although this would still require a significant footprint on site.

“Wetstock management has much to offer here, providing key data on how a site is used by its customers, including identifying the busiest pumps and the most popular grade. This information can help operators to determine whether they should work to provide all four fuel grades, and even which nozzle should be used for which type of fuel.

“There’s no reason why the transition to E10 won’t be as smooth as the one to E5 more than a decade ago. However, it is important for sites to start key conversations with wetstock management providers and forecourt engineers, who can guide them through the next phase. With Fuels for Ireland also taking this diversifying approach, alongside the urgent need to meet net-zero emission targets in the coming decades, it likely won’t be too long until E10 is also available at Irish forecourts too.”

Dan Gibson has more than twenty years experience working in wetstock loss investigation, analysis and management across Suresite Group, Fairbanks International and Gilbarco Veeder-Root. As Wetstock Manager with Suresite, Dan has developed an effective wetstock operation service, and is passionate about environmental protection.

Costs are surging through the roof for retailers this summer, warns CSNA CEO Vincent Jennings

Avonmore’s packaging revamp to cut out 40t plastic a year