Vincent Jennings: “The pandemic should not take businesses as victims”

For retail, like many other sectors, the past few months have been marred in uncertainty. For some, it’s been a time of increased sales and busy stores. For others, it’s meant strangled margins, shut doors and heavy stress.

Now we’re moving into a new era of the pandemic. One where compliancy threatens to undo all our hard work, consumers take tentative steps back into the real world, and life slowly returns to some sense of normality.

While restrictions are changing almost daily, “things haven’t got any better in terms of a substantial number of our members that have businesses in city centres, or near colleges. For them, they still have very little business,” says Convenience Stores and Newsagents Association CEO Vincent Jennings.

“We’re very fortunate in that there have been a number of government schemes that have somewhat alleviated and assisted them during these circumstances. But we all know that that can’t go on forever. We need customers. It’s why we’re in business: to serve customers. And you need enough of them to be able to pay your staff. Commercial retailing needs people.”

While it’s been an immensely difficult time for some, other retailers have faired better. “There are some members for whom they have become busier because of this,” explains Vincent. “With that additional business comes huge additional responsibility. And you have staff who you have to be very mindful of and the longer this goes on, it is now becoming very evident that people need to take a break. Walk away, even if it’s only for 24 or 48 hours, find some way of relieving yourself of the business. 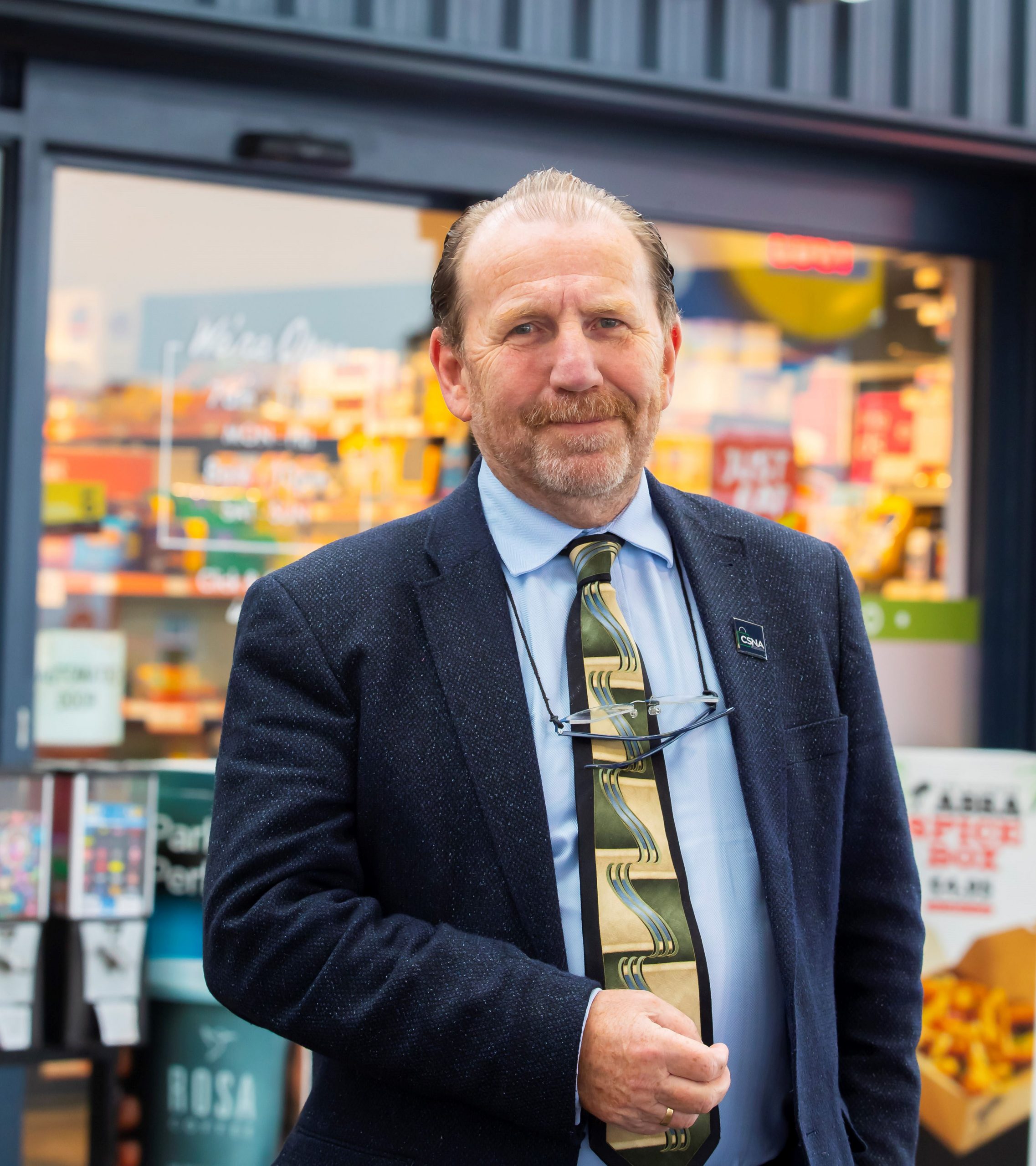 “There are people who have been in [their stores] seven days a week for seven weeks in a row and that’s not good for anybody. They become short tempered. They start making mistakes and getting tetchy with customers and suppliers. These are people who are normally very even-handed. It is very difficult to see somebody who you like and admire and respect, to see this difficulty occurring for them and you have to say straight out to them ‘you’re in difficulty’. You need to enrol in something that involves a positive mental attitude and to get a break.”

The challenges that lie ahead are financial ones, says Vincent. “All business comes down to whether or not there’s enough money. At the moment we’re in a stand off situation but we are accumulating debt and we are accumulating a lot of potential difficulties. And it really will depend upon how well mandated people are to offering additional credit lines. The larger corporations can find ways of not paying their way for a certain period of time, but my biggest fear is for the smaller guy who might not get away with that and he gets gobbled up. That would be grossly unfair. We just can’t have that happening.”

It’s almost impossible to get a clear picture of what categories are performing well and which have seen a downturn in demand during this time, because as Vincent points out, the experience has been different for every retailer.

“I could ring people in three different parts of the country and get literally three different answers from three different phone calls,” he says. “It is wide and varied. We would have people who would have substantial increases in sales in rural Ireland, which is welcome obviously. The downside is that it isn’t necessarily that there has been an increase in demand, it’s that the demand has been funnelled into a different place. For every demand that is being serviced by somebody in rural Ireland, it’s being diminished elsewhere. Their customers are people who are no longer going to offices, no longer buying their lunches in city centres, those who have been furloughed and are no longer on the road.”

One category that has consistently seen a significant downturn in sales is food-to-go. “Deli is very seriously damaged,” says Vincent. “Meanwhile, at this point in time alcohol sales are up. Perversely we noticed the sale of tobacco has shown levels of increase. That in itself from a commercial point of view, it’s a good thing that you’re selling more.”

It’s evident that people have changed some of their habits. “Magazine sales have managed to be healthy, and games, such as jigsaws, and stationery books have all seen a pleasant increase,” Vincent notes. “The food category has increased, but marginally. That’s such an incredibly competitive environment, so it doesn’t mean you’re going to make a huge amount of money on the additional sales, but of course you don’t look a gift horse in the mouth. You would prefer that your very profitable lines such as deli were returned to some sort of normality. You’ve got expensive refrigeration, expensive counters and staff, and you’ve got a product that you can’t necessarily sell. The food waste is increasing because if you aren’t displaying it you aren’t selling it, so it is a dangerous thing.”

To read the rest of this interview, access our FREE digital issue here.