Kerry Group PLC is selling its consumer meats and meals business in the UK and Ireland to Pilgrim’s Pride Corp for 819 million euros ($975.1 million), according to a report in MarketWatch. 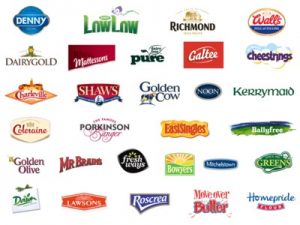 The Ireland-based food company, with brands including Dairygold butter, Charleville cheese and Richmond sausages, said it will use the money raised from the sale for general corporate purposes and the continued strategic development of the taste-and-nutrition business.

Kerry plans to “separate and realign” the remaining dairy-related activities within the consumer foods business. It said the review of the dairy business, which started in February, is now complete, and there will be no further disposals at this time.

The deal is expected to close in the final quarter of this year, the company said.

A few days later the Irish Times reported that Kerry had announced the acquisition of Hare Topco, trading as Niacet, for €853 million on a cash-free, debt-free basis.

The company announced details of the deal with an affiliate of funds advised by SK Capital Partners and other shareholders on June 21st.

Niacet is a global market leader in technologies for preservation. Kerry Group said it has “clear leadership positions” in bakery and pharma, and cost-effective low-sodium preservation systems for meat and plant based food.

Niacet is differentiated by its proprietary drying and granulation process technologies in its key market categories of bakery, meat and pharma. The business has customers in over 75 countries and key manufacturing sites in Niagara Falls in the USA and Tiel in the Netherlands.

The transaction is expected to close by the end of the third quarter of this year subject to customary closing conditions and regulatory approvals.

The bridging facility will be repaid out of proceeds from the sale of Kerry Consumer Foods’ meats and meals business for approximately €819 million, which is expected to complete in the fourth quarter of the year.

Niacet will be integrated into Kerry’s global food protection and preservation platform.