Circle K intends to roll out its own charging equipment across Ireland in the next five to seven years, according to senior director of fuels Jonathan Diver.

The company already has charging equipment in a quarter of its sites, but now plans to install its own equipment, he reveals in an in-depth interview with Ireland’s Forecourt and Convenience Retailer.

“We have ESB chargers in 40 sites and Ionity superchargers – which can charge a car in as low as 10 to 20 minutes – in six sites. These are mainly on national routes but going forward we’ll see more charging facilities in urban hubs such as Dublin and Cork,” Mr Diver said.

“Sites have been identified and we’re working closely with ESB so there will be a significant number each year.”

The company is keeping abreast of a rapidly changing fuel economy by keeping tabs on consumer demand and drawing on global insights throughout its colleagues in the international Circle K network.

“In Norway, where EVs outsell traditional combustible engine cars, our colleagues are leading our global EV strategy,” he says.

“We see forecourts there that retail only electricity, while in others EV chargers sit alongside petrol and diesel pumps. We understand what the future might look like in this regard and this will be crucial to our own EV journey here in Ireland.” 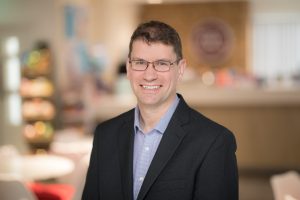 Circle K has just published new consumer research revealing that over half of Irish motorists believe they will be driving electric vehicles by 2030, and two in five would consider switching to electric within the next three years.

It is also eyeing other proven global technologies to help decarbonise Ireland’s transport sector, including compressed natural gas (CNG), renewable gases and biofuels, such as 100% hydrotreated vegetable oil (HVO) which the company is trialling in Denmark.

And Mr Diver warns that while there are plenty of measures that can be taken in the short term to reduce emissions while the full roll-out of EV continues, the industry has been challenged by a lack of government policy.

“There are alternatives to fossil fuels – we can blend more with biofuels. It’s low-lying fruit and can be easily done depending on government policy – we could make substantive changes in a matter of months,” he says.

Read the full interview with Jonathan Diver in the latest edition of Ireland’s Forecourt and Convenience Retailer magazine.