Buses should be making a switch to lower emissions fuels now in order to cut their carbon footprint, warns fuel industry body Fuels for Ireland.

The association says it could take 20 years for Bus Eireann to convert its entire fleet to electric vehicles, so in the meantime the company should be exploring the use of lower emission fuels in order to reduce its carbon footprint right away.

Speaking to IF&CR, spokesman Kevin McPartlan said that the government needs to recognise that there needs to be stepping stones towards a zero carbon future.

“We believe that policy has to be technology-neutral. What I mean by that is that the government shouldn’t be saying we are going to have X number of electric vehicles – they should be talking about zero emissions vehicles,” he said.

“If you only talk about electric vehicles, you send a message to the market that there is no point in investing in other zero emissions technologies. We want to talk about advanced synthetic fuels and biofuels.

“We also have to recognise that there is not a binary situation – it’s not either stay as we are or immediately become zero emission. There needs to be stepping stones.” 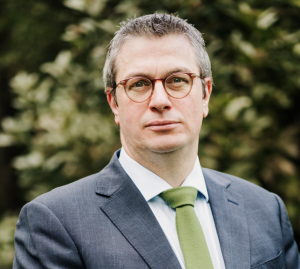 Earlier this year, Bus Eireann announced that it would be replacing half its fleet with electric and hydrogen vehicles over the next nine years as part of a plan to cut carbon emissions.

While the company is targeting a 30% increase in passenger numbers over the same period, it insists it can handle growth while still reducing emissions.

However, Fuels for Ireland – formerly the Irish Petroleum Industry Association – says the company could start to cut its carb emissions right away by switching to one of the new lower carbon fuels.

“Already on the market, there is a 20% biodiesel blend available, B20 diesel, which reduces emissions from diesel engines by 15% with no capital expenditure,” Mr McPartlan said.

“If you think about the state fleets – for example, Bus Eireann and all of the diesel it uses – they have said we’ll have electric buses on the road. But we see how old some of the buses on the road are, so you would have to wait for the whole fleet to be replaced.

“Why not put them on biodiesel today and reduce the emissions by 15%? That to me is an example of what I describe as the impossible perfect being the enemy of the possible good.”

Some policymakers are only interested in electrifying everything instead of realising that the process could take 20 years and exploring other options in the meantime, he said.

“Let’s make those changes today and that in no way inhibits our capacity to make the changes that they are planning in the future, “ Mr McPartlan said.