It’s Game On! Krispy Kreme and Xbox partner to level up the ultimate doughnut and gaming experience

Krispy Kreme and Xbox announce an epic partnership that celebrates and connects doughnut fans and gamers. The pairing will bring smiles to your screens and Krispy Kreme Blanchardstown store and cabinets this summer, with an exclusive doughnut collaboration, chances to win Xbox Series S consoles with a complimentary Xbox Game Pass Ultimate, plus much more.

For a limited time only, Krispy Kreme and Xbox have combined forces to level up the gaming and doughnut experience. Creating the ultimate, mouth-watering flavour combo… introducing The Nexus Level Doughnut.

In celebration of Xbox’s 20th anniversary, the team at Krispy Kreme were inspired to create a doughnut recipe that is as show stopping as the video games themselves. The Nexus Level Doughnut which underpins the collab is made with a fluffy dough and custom filled with a rich and gooey brownie batter. It’s then dipped in delicious green icing and completed with a dusting that unveils the iconic Xbox logo design.

As if the doughnut isn’t enough, there will also be Xbox Series S consoles up for grabs. Every purchase of a Choose Your Own Dozen at Krispy Kreme Blanchardstown, The Krispy Kreme Rocket at Dundrum Town Centre or Sharer Dozen in participating Tesco Store / Circle K cabinets gives the customer an entry for a chance to win an Xbox Series S and a complimentary one-month Xbox Game Pass membership.

Available to buy in between 2nd– 22nd August, you can also get your hands on The Nexus Level doughnut through:

“Gaming and doughnuts have been two great ways for connecting people and bringing joy during the last year, it felt natural to bring the flavour and joy of games together in an edible form. Our doughnuts are made fresh each day, all hand-decorated and checked, making each and every one delicious’

On August 13th, 2021 the Xbox On Twitch channel will livestream a special edition of their popular segment, “You Say, We Play” where viewers can interact with the hosts to gamify doughnuts and win prizes.

To find out how you can get your hands on the new Krispy Kreme and Xbox doughnut and a chance to win an Xbox Series S Console, please visit www.krispykreme.ie and @krispykremeIRL #KrispyKremeXbox 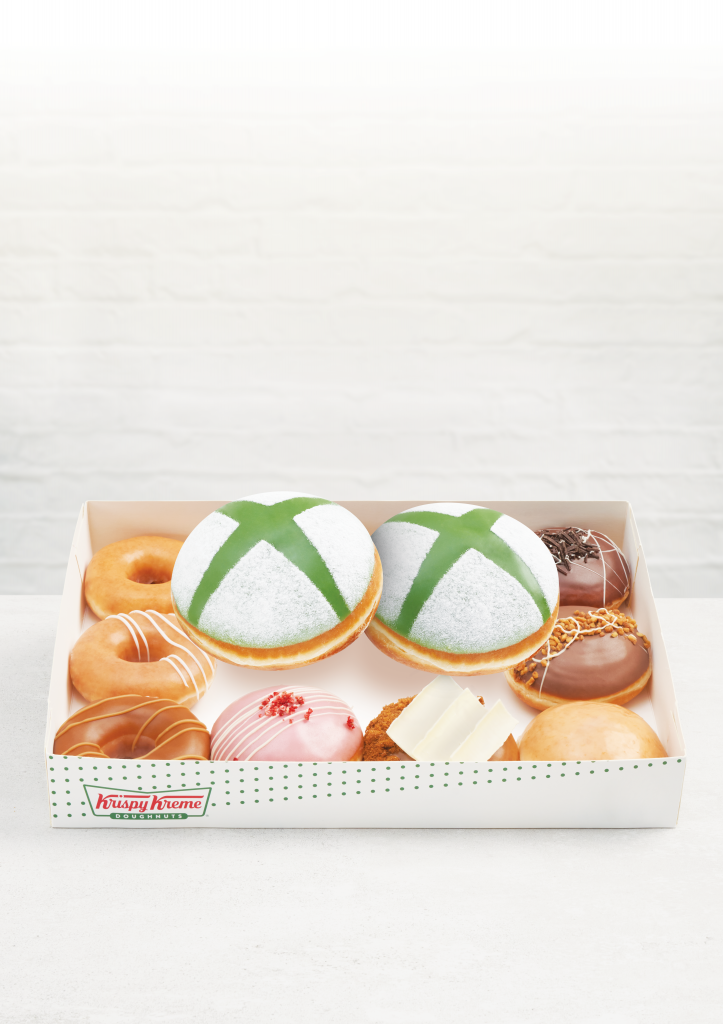 Joe Manning appointed President of Appeals for the IGBF