The vigilance of Border Force staff has been praised as 15.12 million cigarettes and 4.44 tonnes of tobacco were seized in two separate operations. It would have cost the UK Treasury over £7m in unpaid tax and duty.

Tackling illicit cigarette and tobacco trade – not just across the NI/Irish border but at all ports – requires attention as criminal gangs become increasingly sophisticated in their tactics and methods of concealment.

Last year seizures by Customs in Ireland plummeted as smugglers copied sophisticated techniques from the drugs trade in an effort to avoid detection. Just €10.5 million in cigarettes and other tobacco products were seized by Revenue in 2019, compared to some €42.2 million in 2018. The shift away from large-scale consignments has been evidenced by increasingly ingenious methods of concealment.

In the recent operation by Border Force NI officers detected 4.44 tonnes of tobacco that arrived into Northern Ireland from Germany. The container was shipped from Rotterdam to Belfast and was destined for an address in County Down.  Thirty six pallets within the load contained the tobacco which appeared to be Euro Bins Polyester. Markings on the pouches indicate the tobacco originated in Luxemburg.  The revenue and VAT evaded would have been approximately £1.44 million.

In the second operation, 15.12 million cigarettes were detected at Belfast Docks after two containers were examined after arriving from Vietnam via Rotterdam.  The containers appeared to be wooden furniture and were destined for an address in Belfast.  A couple of rows of cover load was used at the front, with the boxes of cigarettes behind. Each box contained 40,000 ‘Yett Virginia’ branded cigarettes. The revenue and VAT evaded would have been £5.8 million. 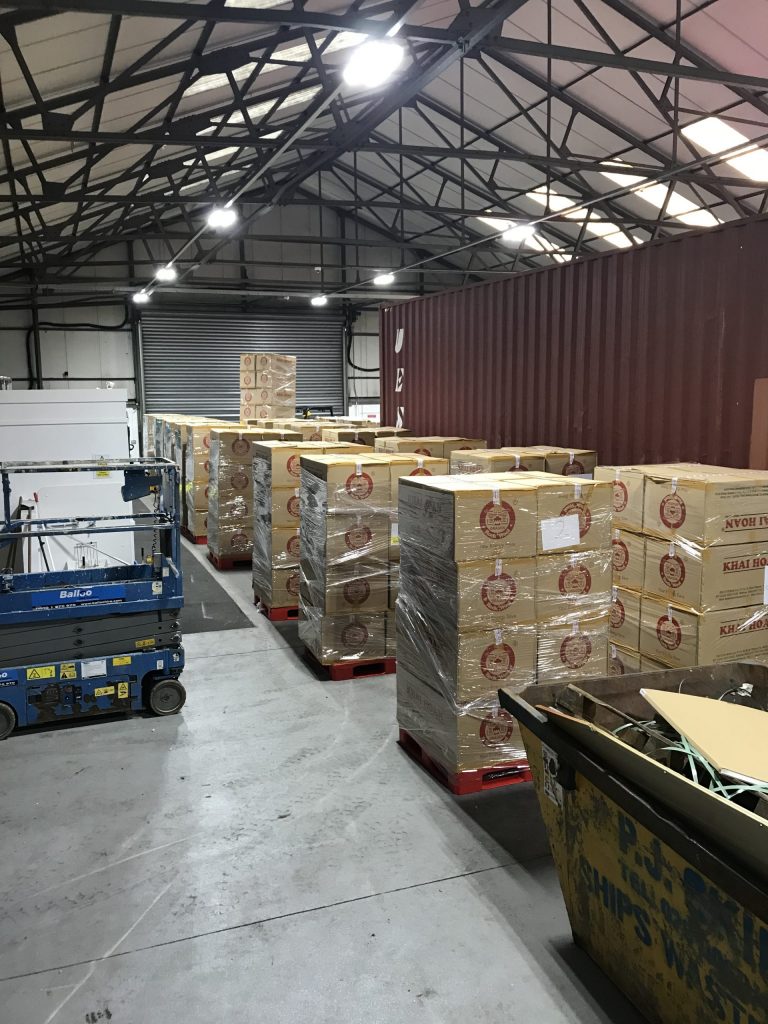 Both seizures were referred to HMRC for further investigation.

Naomi Long said:“Revenue and VAT evasion are not victimless crimes: this is the money we use to pay for our health service, education and infrastructure being stolen to fund all manner of illegal activity. I strongly commend Border Force for their vigilance in seizing these goods. I also urge people not to purchase such goods and play a part in disrupting organised criminality by reporting any suspicious activity to the PSNI. We all need to work together to prevent criminals profiting from their illegal activities, and to bring to justice those who continue to wreak havoc across our communities. As Justice Minister, I will continue to do all I can to support the OCTF partners so that we can all live in a safer Northern Ireland where we respect the law and each other.”

John-Jo Oldham Assistant Director of Border Force NI said: “These seizures demonstrate our commitment in tackling cigarette and tobacco smuggling. Working with our Organised Crime Task Force partners we are determined to stop the illicit trade in tobacco products. This is not a victimless crime and is often linked with other criminality. Children and young people are key targets for those who peddle illegal tobacco and cigarettes, encouraging them to take up smoking and exposing them to crime.”

It is not known if part of the consignments were destined to cross the border in to the Republic.